Everybody Hates the Gout

Rochelle is grieving hard for her father, who unexpectedly had a fatal coronary right in the middle of a knock-knock joke and a bite of pork chop. In a daze of pain, she seems oddly subdued despite the circus the household is becoming with her domineering mother Maxine, two eccentric aunts, and mooching brother Mike; hanging around to say nothing of Tanya and Drew taking advantage of the situation. She dutifully and numbly puts up with her guests and helps with the casket selection other arrangements, blithely taking her mother's onslaught of blistering criticisms. Chris does like the perks associated with bereavement--such as getting to skip tests at school and the symathy of his classmates--but after he loses his temper and yells at his grandmother for picking on his mom, he ends up scolded for his poor behavior. It takes hitting Rochelle a bit too close to home for comfort to snap her out of her funk and bring her back to her endearing shrill self. 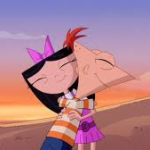