Everybody Hates the Pilot

Andrew "Drew" Rock, portrayed by Tequan Richmond, is one of the main characters in Everybody Hates Chris. He is a painter who is Chris' younger brother, but he is fictional as well as Tonya.

Drew is a 11 year old boy, very laid-back and can usually get his way by just talking to his parents. Drew is much more popular than Chris, and whenever Chris likes a girl, Drew messes it up for him since the girl always likes Drew instead of Chris, even though Drew doesn't steal them away intentionally. A phrase he says when someone asks who did something, which he answers to "Wasn't me" and that way he never gets in trouble, but Drew often gets in trouble by his little sister Tonya. Drew is very nice to his siblings and he is respectful to his mother and father. Despite being respectful to his parents, he once didn't care what would happen, when he decided to skipped to school meet his favorite hockey player Wayne Gretzky in Long Island. He is known to be more handsome than Chris, better than him at everything he does, gets all the good luck, and is very well liked by everyone around him, something that Chris envies very deeply. He shown to stand up to almost anyone, when Chris took him and Tanya Trick-or-treating on Halloween a man dressed as a pimp wanted to rob their candy, Drew wasn't afraid of him. Also, Drew and Chris skipped school to go meet Wanye Gretzky, while on the train, two white men wanted to unreasonably steal Drew's hockey Jersey. Drew kissed Keisha once, despite Chris' crush on her, but it was Keisha that kissed him first. Drew is also quite intelligent and is an A grade student.

In the last season, Chris has grown taller than Drew. He appeared in the series finale "Everybody Hates G.E.D". He was much shorter then Chris in that episode

Drew appeared in all episodes of Everybody Hates Chris. He is one of the main characters and has episodes based on him. 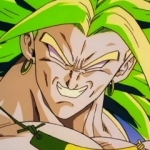